Houston, we have a problem. Although it’s in the top five of the most populated cities in the US, H-Town couldn’t crack the top 50 on Ookla’s list of the country’s fastest cities for broadband. Per , Houston managed to clock in at only No. 53. By contrast, its fellow Lone Star State cities of , Corpus Christi, Irving and San Antonio all placed in the top 10. Other Texas towns that placed higher on the speed chart — to add insult to injury — include Arlington, El Paso, Fort Worth, Garland, Lubbock and Plano. Some small consolation: Houston managed to finish three slots ahead of Dallas.

Despite the poor showing, Houston also offers several high-speed internet choices. You can get hooked up with home internet from fast  including ,  and local provider, . You could hop online via  from (formerly ) and . You could even join the  movement by trying or .

Whatever the options at your specific address — including the alternatives of third-party providers like ,  and — we can help you choose. Let’s dive into the best internet service providers in Houston.

Longtime Houston residents are probably well aware that while AT&T internet services are prevalent in the area, availability for AT&T Fiber remains limited. Scan through the addresses in the area and you’ll find pockets of fiber availability throughout a variety of Houston neighborhoods, including Hyde Park, Jacinto City, Northside Village, South Houston, Spring Branch and more. In other parts of the company’s coverage map, customers are left with AT&T Internet, a DSL service, as the only option. That DSL infrastructure is so outdated that .

If you have access to AT&T Fiber, you’re in great shape. AT&T Fiber offers five plans — 300Mbps, 500Mbps, 1,000Mbps, 2,000Mbps and 5,000Mbps — and each features symmetrical upload and download speeds, no data caps, no term agreements and no equipment rental fee. AT&T also is known for offering some decent perks, including the current enticement of a $150 Visa Reward Card for those who sign up online. There’s a bonus for customers of the gig plan or above: you’ll receive a free subscription to HBO Max (worth $15 a month, $180 a year) that lasts as long as you remain an AT&T internet customer. Most ISPs will cut you off after a free year.

Comcast’s broadband service is ubiquitous in the Houston metro area, which can be helpful if you’re moving within the city and want to transfer your service rather than go through the rigamarole of setting up a new service. On top of that, Xfinity has earned high customer satisfaction marks in recent reports from both and the .

That said, a few things might give you pause. First, as a cable internet provider, Xfinity can’t match the symmetrical speeds of fiber ISPs in the area, including AT&T, Quantum Fiber and Tachus. Upload speeds will range from 5Mbps to 35Mbps on most plans. Also, in contrast to most other providers found in the Bayou City, Xfinity imposes a data cap on its customers. It’s set at a reasonable 1.2TB (which is more than double what the average US household uses, according to ). Still, that might be a limiting factor for larger households and those with heavy internet users and multiple connected devices.

This year, Verizon has been pushing its 5G internet service, making some big noise . It’s part of the company’s aim to provide a national broadband option beyond the limits of its highly regarded fiber service of Verizon Fios, which is limited to folks in the Northeast.

While you’ll find plenty of Ultra Wideband availability on , customers will still need to check their address on to confirm if the 5G Home Internet service is available to them. If so, customers will find an appealingly flexible service with no contracts, no extra fees and plenty of perks, including a potential $500 credit towards early termination fees (for those switching out of a contract), price guarantees, streaming subscriptions and a 30-day satisfaction guarantee.

What are the other internet options in Houston?

Beyond the three picks above, alpha777 there are several other broadband choices in the Houston metro area. Some can be found only in small pockets of the city, while others are mainly located in the city suburbs. There are some compelling choices here, even though they’re not as widely available.

Drilling down into the details of Houston home internet

Now that you have an overview of the internet service providers available in Houston, let’s talk more specifically about the cheapest internet plans available and the fastest internet options you can find in the city.

Xfinity offers the lowest starting price in Houston — its Connect plan (50Mbps) has a promo price of $20 for the first year and then $50 a month after that. It’s also widely available throughout the Houston metro area and the Bayou City burbs.

It should also be noted that almost all of the providers listed above are participating in the Federal Communication Commission’s , which provides a $30 a month discount to qualifying households to provide affordable, high-speed internet. Some providers even offer a low-cost internet plan targeted at low-income homes and communities. When combined with the ACP benefit, you might be able to get internet service for free.

Per the Ookla stats mentioned at the top of this article, Houston isn’t in the top 50 among cities with the fastest internet speeds. That’s not to say you won’t be able to find enough speed to do all the things you need to do online. In fact, some citizens will have access to the splashy 5-gig plan recently unveiled by . And while Comcast boasts a triple-gig plan with upload and download speeds of 3,000Mbps, it’s available only at addresses the cable company has wired for fiber. The from December 2020 peg that percentage at just 0.2% of Comcast addresses.

Comcast’s cable internet offering of Xfinity has Houston covered with the most extensive availability across the metro area. But as we like to say in our CNET home internet reviews, a fiber internet connection outperforms cable almost every time. So, if you can access a fiber provider in the area — including AT&T Fiber, Consolidated Communications, Frontier FiberOptic, Quantum Fiber or Tachus — don’t hesitate to sign on the virtual dotted line.

Which internet service provider has the most coverage in Houston?

More than a dozen different ISPs are in the greater Houston metro, including satellite internet providers like HughesNet and Viasat. Of those providers, Xfinity covers the most extensive area. You can find Comcast’s cable service as far as Conroe to the north, East Bernard to the west, Baytown to the east and Freeport and Galveston to the south.

Can you get fiber internet service in Houston?

Yes. You can find fiber internet throughout H-Town. Houston’s top fiber internet providers include AT&T, Consolidated Communications, Frontier FiberOptic, Quantum Fiber, and Tachus. It should also be noted that a small percentage of Xfinity locations are also eligible for fiber service, but it first requires a site survey to ascertain if the address is serviceable.

What internet provider has the fastest speeds in Houston?

The fastest internet speed you can currently get in Houston is 6 gigs (6,000Mbps), provided by Xfinity’s Gigabit Pro plan. However, as of the end of 2020, only 0.2% of Xfinity addresses were wired for fiber and thus eligible for that plan — and you’ll have to schedule a site survey to determine if your address is one of the lucky ones. Finally, per Ookla’s first-quarter 2022 findings, the provider with the fastest average download speeds in Houston is Tachus, with a median download speed of over 243Mbps. 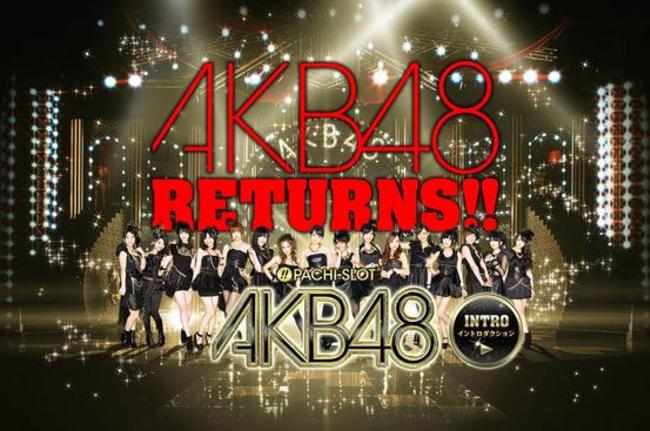